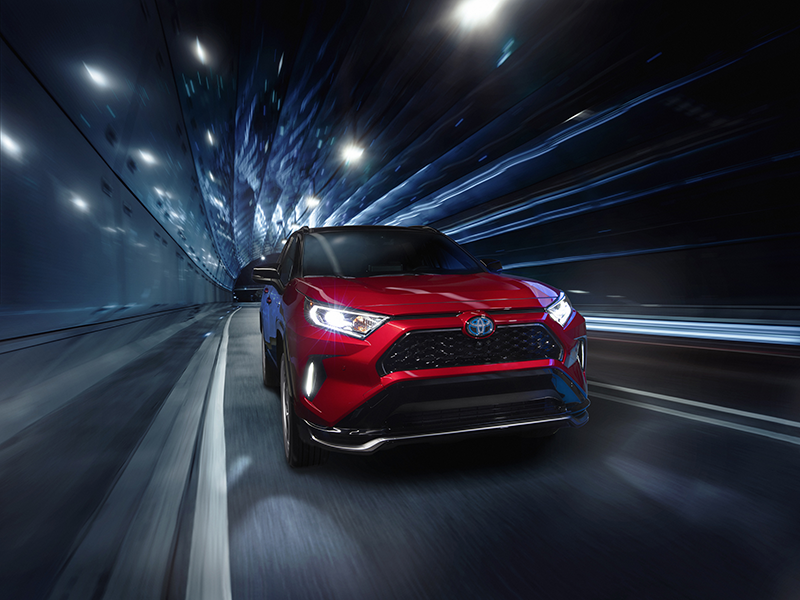 The fifth-generation Toyota RAV4, on the market for barely a year, is going more places than it has ever gone before. The arrival of the first-ever RAV4 TRD Off-Road model was announced earlier this year, and today, at the Los Angeles Auto Show, Toyota debuts a new premium, fun-to-drive RAV4 performance model with an estimated 302-horsepower, advanced all-wheel drive, sport-tuned suspension and exclusive design features.

It just happens to also be the first-ever RAV4 plug-in hybrid electric vehicle (PHEV). And so, in addition to an ability to do 0-60 mph in a projected 5.8 seconds, which is the second quickest acceleration time in the Toyota lineup, it can drive an estimated 39 miles on battery alone on a single charge, which is the highest EV range of any PHEV SUV on the market. The RAV4 Prime also has a manufacturer-estimated 90 combined MPGe. Welcome to a new chapter of Toyota SUV performance.

The Toyota RAV4 Prime, a 2021 model that will arrive in summer 2020, breaks ground as the most powerful and quickest RAV4 ever while also being the most fuel-efficient.

The 2021 RAV4 Prime will be available in SE and XSE grades, both emphasizing athletic on-road performance and premium comfort and style. With its plug-in hybrid technology advancing, Toyota sees such vehicles as critical to an overall electrification strategy that will also include standard hybrids and battery electric vehicles (BEVs), along with fuel cell electric vehicles (FCEVs) like the second-generation Mirai unveiled in October.

The Toyota RAV4 Prime builds on the RAV4 Hybrid, which is currently the most powerful and most fuel-efficient model in the line with sales up 72% over last year and currently the best-selling hybrid vehicle on the market. The RAV4 Prime amplifies both performance and efficiency, reflecting Toyota’s 20+ years of hybrid vehicle leadership.

With more powerful motor-generators, a newly developed high-capacity Lithium-Ion battery and a booster converter, the 2021 RAV4 Prime yields an 83-horsepower (hp) jump in total system output over the RAV4 Hybrid and has the most horsepower in its segment. The resulting boost in performance is striking: Toyota projects 0-60 mph acceleration in 5.8 seconds which is quicker than the RAV4 Hybrid (7.8 sec.) and in a league with luxury/performance SUVs that come nowhere near this Toyota’s remarkable fuel economy. And, notably, the RAV4 Prime uses regular-grade gasoline — just not much of it.

A comparison with an older RAV4 offers a vivid illustration of the march of technology. The 2006-2012 RAV4 offered an optional 269-hp, 3.5-liter gas V6 engine that reached 0-60 mph in 6.3-seconds, which is a half-second slower than the RAV4 Prime. And, that model’s 21 combined MPG fuel economy rating simply pales in comparison.

How Does It Do That?

Toyota hybrids have for years demonstrated high performance with low fuel consumption, and now the 2021 RAV4 Prime makes one of the strongest cases yet. The RAV4 Prime uses a differently tuned version of the RAV4 Hybrid’s 2.5-liter four-cylinder Atkinson-cycle gas engine. It produces the same projected 176 hp as in the hybrid, but paired with the electric motors, total system output equals 302 horsepower.

The RAV4 Prime’s passenger space isn’t compromised by the larger Lithium-Ion battery, as it is mounted under the floor. The mounting position also gives the RAV4 Prime a low center of gravity and enhanced driving stability. 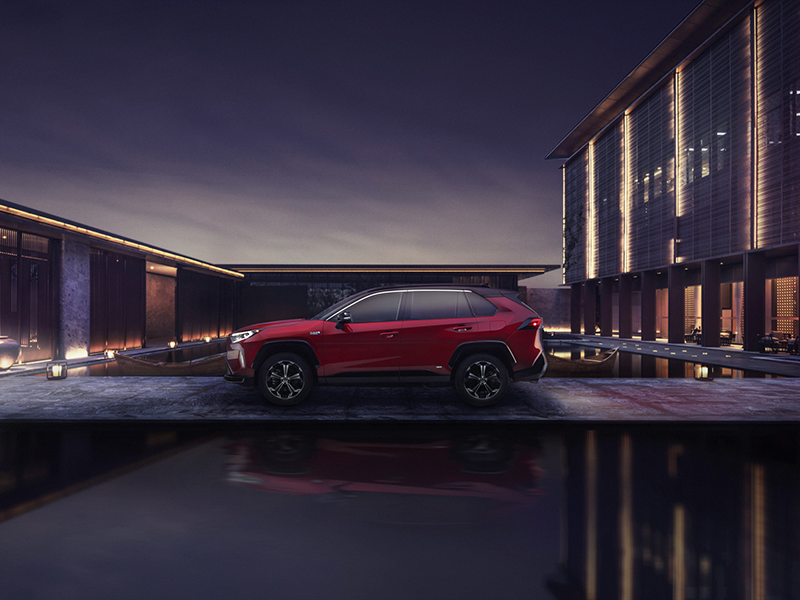 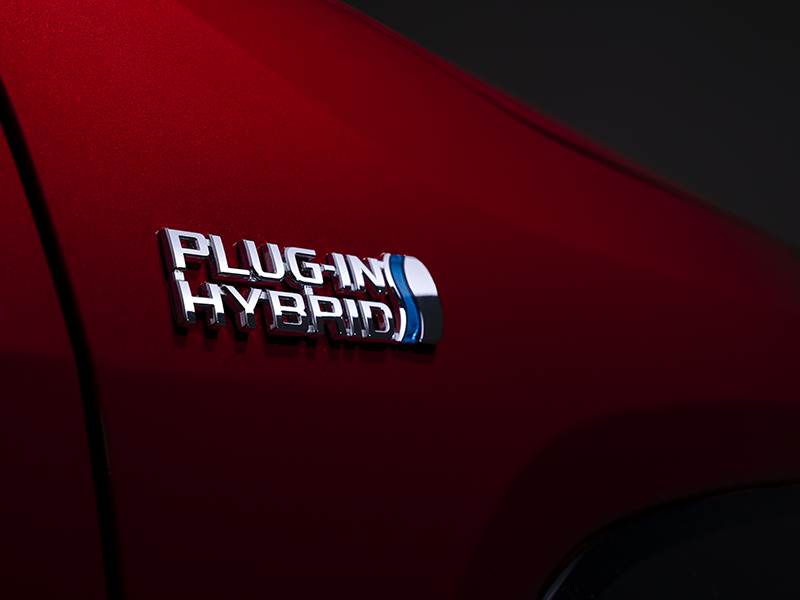