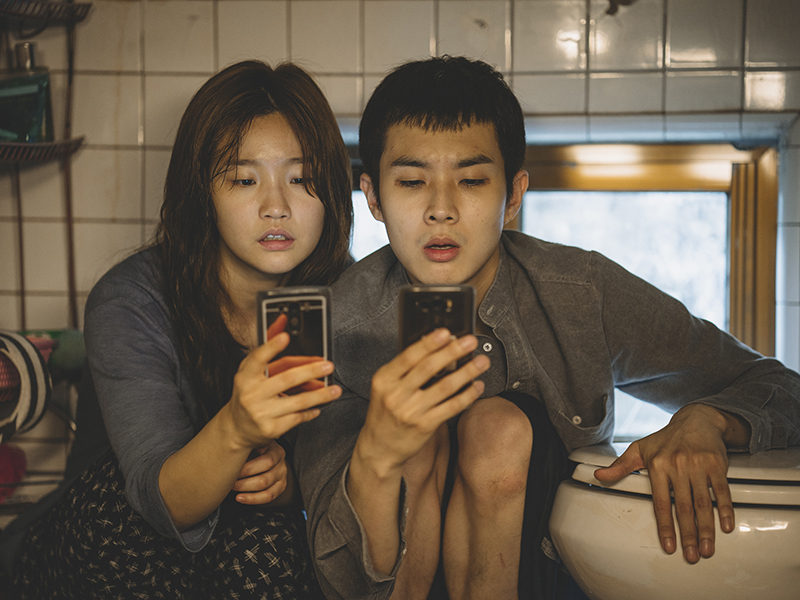 “Parasite” made history Sunday night at the 92nd Academy Awards, where the pitch-black modern fairytale became the first international feature to win the Oscar for Best Picture.

The film from award-winning distribution studio NEON, an affiliate of The Friedkin Group, also took home the prizes for Best Director, Best Original Screenplay, and Best International Feature Film – another first for the country of South Korea.

“Parasite,” which has been lauded by audiences and critics since winning the Palme D’Or at the 2019 Cannes Film Festival, has had a strong showing throughout award season. Before becoming the most acclaimed film of the 2020 Academy Awards, “Parasite” took home the Golden Globe and BAFTA award for best foreign-language feature, the BAFTA for Best Screenplay and the Screen Actors Guild Award for outstanding cast.

The film focuses on the Park family, who are the picture of aspirational wealth, and the Kim family, rich in street smarts but not much else. When these two houses are brought together, the Kims sense a golden opportunity. Masterminded by college-aged Ki-woo, the Kim children expediently install themselves as tutor and art therapist to the Parks. Soon, a symbiotic relationship forms between the two families. The Kims provide “indispensable” luxury services while the Parks obliviously bankroll their entire household. When a parasitic interloper threatens the Kims’ newfound comfort, a savage, underhanded battle for dominance breaks out, threatening to destroy the fragile ecosystem between the two families.

“Parasite” is in theaters across the country and is available to rent or buy on major streaming services including Amazon Prime, iTunes and Google Play.